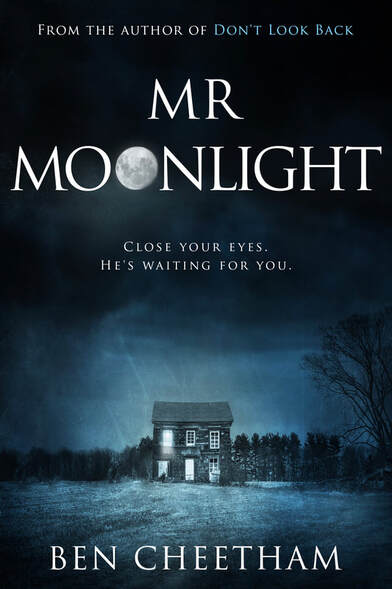 Close your eyes. He's waiting for you.

There’s a darkness lurking under the surface of Julian Harris. Every night in his dreams, he becomes a different person, a monster capable of evil beyond comprehension. Sometimes he feels like something is trying to get inside him. Or maybe it’s already in him, just waiting for the chance to escape into the waking world.

There’s a darkness lurking under the surface of Julian’s picture-postcard hometown too. Fifteen years ago, five girls disappeared from the streets of Godthorne. Now it’s happening again. A schoolgirl has gone missing, stirring up memories of that terrible time. But the man who abducted those other girls is long dead. Is there a copycat at work? Or is something much, much stranger going on?

Drawn by the same sinister force that haunts his dreams, Julian returns to Godthorne for the first time in years. Finding himself mixed up in the mystery of the missing girl, he realises that to unearth the truth about the present he must confront the ghosts of his past.

Somewhere amidst the sprawling tangle of trees that surrounds Godthorne are the answers he so desperately seeks. But the forest does not relinquish its secrets easily.
Order your copy from
Amazon.co.uk
Amazon.com
Amazon.au
amazon.de
Amazon.ca
Amazon.es