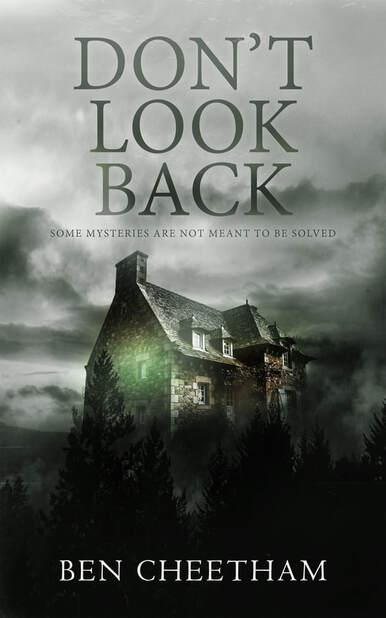 Adam’s eyes swelled in horror at the sight that confronted him. Henry was standing with his back against the front door, pale and rigid, his left hand pressed to his neck. Blood was seeping between his fingers, running down his wrist and dripping from his elbow onto the back of Jacob’s head. Jacob was facedown on the tiled floor, arms outstretched to either side with blood pooling around his wrists. There was a faintly metallic butcher’s shop smell in the air...

After the tragic death of their eleven-year-old son, Adam and Ella are fighting to keep their family from falling apart. Then comes an opportunity that seems too good to be true. They win a competition to live for free in a breathtakingly beautiful mansion on the Cornish Lizard Peninsula. There’s just one catch – the house is supposedly haunted.

Mystery has always swirled around Fenton House. In 1920 the house’s original owner, reclusive industrialist Walter Lewarne, hanged himself from its highest turret. In 1996, the then inhabitants, George Trehearne, his wife Sofia and their young daughter Heloise disappeared without a trace. Neither mystery was ever solved.

Adam is not the type to believe in ghosts. As far as he’s concerned, ghosts are simply memories. Everywhere he looks in their cramped London home he sees his dead son. Despite misgivings, the chance to start afresh is too tempting to pass up. Adam, Ella and their surviving son Henry move into Fenton House. At first, the change of scenery gives them all a new lease of life. But as the house starts to reveal its secrets, they come to suspect that they may not be alone after all…
Order your copy from
Amazon.co.uk
Amazon.com
Amazon.au
Amazon.de
Amazon.ca
Amazon.es